What Are Functional Foods and Novel Foods?

function by adding a new ingredient or more of existing ingredients. Functional food is created with the hope ofimproving the health benefits the nature has already provided. They are usually enriched with some "bioactive compounds". Functional foods are usually confused with nutraceauticals and novel foods.

Example of functional foods are:

- Cereals fortified with vitamin B12.

Even though the claimed benefits of functional foods have already rendered them quite appealing, whether they can truly affect human health positively or negatively has made them be highly controversial and debateable.

Any food that meets any of the following three definitions is called "novel food": 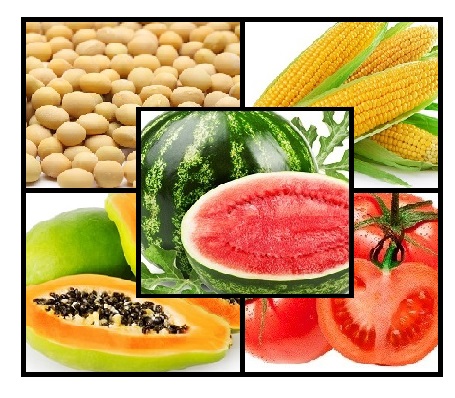 a) A food or product that does not have a history of safe use as a food.

b) A food that results from a process that has not been previously applied to food.

c) A food that has been modified by genetic manipulation. It is also known as genetically modified foods (GMO foods). GMO foods are also called "Frankenfoods".

a) Foods or products with no history of safe use:

- Eggs with increased levels of lutein

b) Foods prepared by never-before-applied processes:

It is estimated that up to 70% of all those products that are currently sold in grocery stores in the USA to have some GMO ingredients. More than 50 GMO crops have been approved for sale in the USA. Even though producing GMO foods facilitate their mechanical harvesting and make them resist insects and pesticide sprays, two major concerns regarding GMO foods are their decreased nutritional values and their potential negative effects on cancers.

Top 12 fruits and vegetables/plants that are highly possible to be GMO:

Executive Director of the Canadian Academy of Sports Nutrition