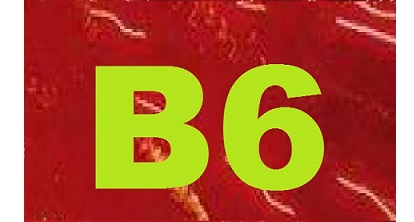 include pyridoxine, pyridoxal, pyridoxamine, and their 5` - phosphate derivatives. Vitamin B6, in the form of pyridoxal phosphate (PLP), acts as a coenzyme for more than 100 enzymes involved in the metabolism of amino acids, synthesis of heme and neurotransmitters, and metabolism of glycogen, lipids, steroids, and other vitamins, including conversion of tryptophan to vitamin B3.

Functions of Vitamin B6:

Plants contain vitamin B6 in the form of pyridoxine, whereas animal sources 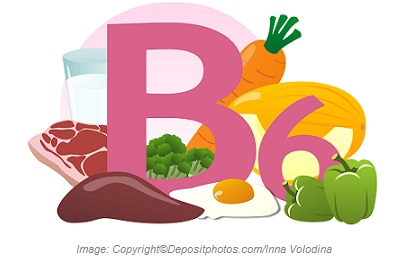 Vitamin B6 is absorbed well from the small intestine, and excess vitamin B6 is eliminated in the urine. The vitamin B6 in plant sources is less bioavailable than that in animal sources. A small amount is stored in the muscles.

Since it is very sensitive to ultraviolet and heat, it is easily destroyed by sunlight and cooking.

Athletic Benefits of Vitamin B6:

Non – Athletic Benefits of Vitamin B6:

Vitamin B6 may be beneficial in the following conditions:

Deficiency of Vitamin B6:

Symptoms of vitamin B6 deficiency appear when dietary daily intake is less than 0.2 mg or blood level of PLP is less than 20 nmol/L. They include fatigue, muscle weakness, irritability, depression, confusion, anemia, seborrhea, inflammation of the tongue, neuropathy, convulsions, and personality changes. Low levels of vitamin B6 in the blood are associated with inflammation, elevated levels of C – reactive protein (CRP), increased blood levels of homocysteine, and increased risk of cardiovascular disease.

The contributing factors to deficiency of vitamin B6 are:

For the RDA of vitamin B6 in adults, see the table below. The performance daily intake (PDI) in athletes and physically active adults is 20 – 200 mg. The safe upper limit for vitamin B6 is 100 mg per day, although no side effects have been reported with high dietary intakes. However, supplementing with large doses of vitamin B6 could cause impaired coordination, numbness and tingling.

The Recommended Daily Allowance (RDA) for Vitamin B6