Vitamin B17 is a controversial vitamin. Being famous as the 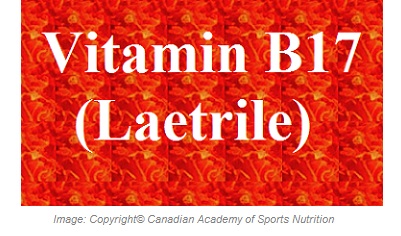 Functions of Vitamin B17:

Vitamin B17 has an anti – cancer activity. The metabolism of laetrile produces cyanide. It is claimed that cyanide is inactivated in normal cells by the enzyme rhodanese. But cancer cells do not have this enzyme, which leads to buildup of cyanide within the cancer cells followed by poisoning them to death. There are many controversial clinical trials to support the claim.

Small amounts of vitamin B17 are also found in flaxseeds, chia seeds, sesame seeds, millets, buckwheat, and lentils (sprouted). It is absorbed from the small intestine into the blood stream.

Benefits of Vitamin B17: 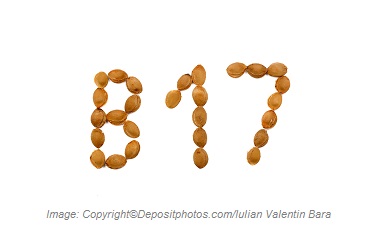 Vitamin B17 might be beneficial in the following conditions:

One apricot kernel provides about 14 mg of vitamin B17. It is claimed that any of the following options may provide enough vitamin B17 to prevent developing cancers:

No RDA has been established for this vitamin. It is available as tablets, capsules, and powders. Vitamin B17 is usually taken 250 – 1000 mg per day. It is toxic in larger amounts.