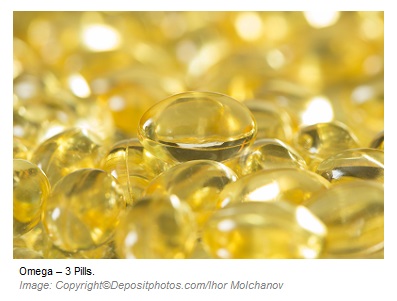 Omega-3 fatty acids are long-chain polyunsaturated fatty acids, mostly found in nature in fish oils. ALA, EPA, and DHA have their own specific metabolic functions in the body and cannot besubstituted for each other. Omega-3 fatty acids exert their ergogenic effects in a variety of ways.

DHA and EPA may increase levels of growth hormone. Although the exact mechanism 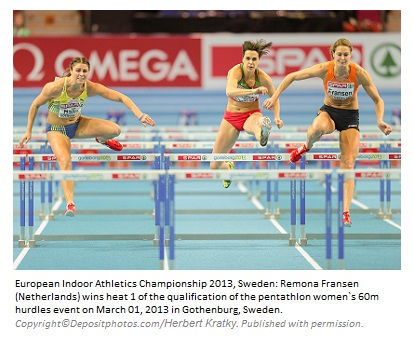 is unknown, it is believed that Omega-3 fatty acids may be converted to prostaglandin EI, which stimulates the release of growth hormone.

Omega-3 fatty acids have a blood-thinning effect, which means they make the red blood cells flow very easily in the blood vessels. At the same time, certain eicosanoids have vasodilatory effect and increase the size and diameter of the muscle vessels; low blood viscosity and dilatation of the vessels lead to the better oxygen and nutrients delivery to the muscles.

Omega-3 fatty acids may prevent or at least reduce the incidence of heart attack by two mechanisms: (1) lowering blood triglycerides and elevating levels of the good fat, HDL, and (2) lowering blood viscosity and preventing blood clotting. For this reason, physicians emphasize the importance of eating foods rich in Omega-3 fatty acids, such as fish. It is interesting to know that the rate of cardiovascular diseases is very low among Eskimos because of their fish heavy diet. 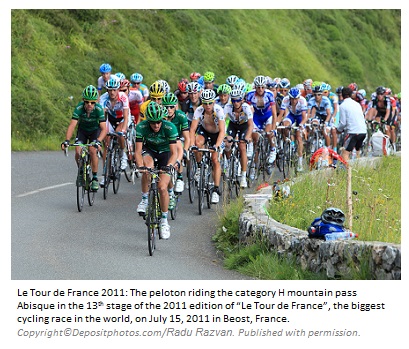 muscle mass and strength, or to increase aerobic system—a kind of energy system that uses oxygen to provide the required energy in activities with more than 3 minutes duration.

The ability of Omega-3 fatty acids to release growth hormone, have anti-inflammatory effect, and improve oxygenation has made them popular among athletes. Studies have shown that Omega-3 fatty acids enhance aerobic metabolism, which along with better oxygenation, improve athletic endurance. Eicosanoids help athletes recuperate from vigorous exercises quickly. Some researchers say that the increase in growth hormone levels by Omega-3 fatty acids in strength-trained athletes does not occur to the degree that an improvement can be measured. Overall, though, they increase athletic performance parameters.

Most experts recommend taking proper amounts of essential fatty acids. It is suggested that fats should supply 25% of daily calories. The less the consumption of saturated fat, the better, because the body can produce them as required.

Omega-3 fatty acids, from natural sources or as supplements, are safe when consumed in small amounts. The daily requirement of linoleic acid and linolenic acid is 4 to 6 grams and 3 to 5 grams, respectively. Most medical authorities believe that the higher the consumption of Omeg-3 fatty acids, the better.

There is no toxic dose for essential fatty acids when taken therapeutically, and individuals can safely supplement linoleic acid up to 60 grams per day and linolenic acid up to 70 grams per day. However, higher dosage may prolong bleeding time, which can be harmful to some, especially those who have bleeding disorders.

Athletes can take 3 to 5 grams of Omega-3 fatty acids and non-athletes 1 to 3 grams per day. Endurance athletes would need larger doses up to 10 grams a day.

If you purchase Omega-3 fatty acids as natural oils, you had better know that Omega-3 fatty acids are fragile and can be destroyed by exposure to light, air, and heat. So keep the oils in a dark and tightly capped container in a fridge. Moreover, in order to reduce rancidity, you can add vitamin E immediately after opening.

For the Omega- 3 contents of fruits and vegetables, see "Omega - 3 Fatty Acids" under the section of "Sports - Perfromance Enhancers". 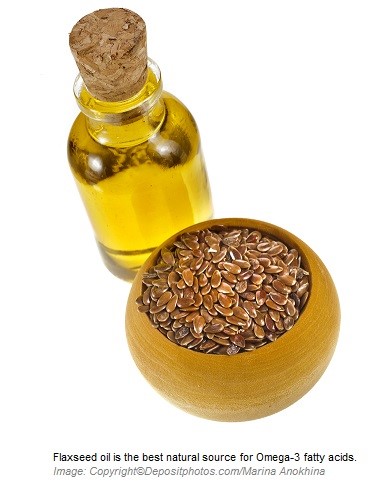 Flaxseed is also the richest source of lignans, which have anti-cancer properties. When you eat lignans, bacteria in the digestive system convert them to entrodiol and enterolactone, which are thought to have anti-cancer effects.

Flaxseed oil contains linoleic acid and alpha linolenic acid—the two Omega-3 fatty acids that by acting like aspirin may reduce the production of inflammatory mediators such as prostaglandins and leukotrienes in damaged joints. They also contribute to the synthesis of several hormones, one being growth hormone.

Studies show that flaxseed can reduce the risk of heart diseases, and may prevent prostate cancer in men and breast cancer in women. Several population studies have linked a high intake of flaxseed oil or primrose oil, 1 to 3 tsp., with reduced urinary symptoms of benign prostate enlargement. But it is difficult to know whether it is lignans that help, or some other element in the flaxseeds. And not all studies have yielded positive results.

For more information about Omega – 3, see “Omeg-3 Fatty Acids” under the section of “Sports – Performance Enhancers”.