Glycine is a nonessential amino acid and is the simplest one. Some investigations

and studies indicate that 6 to 7 grams of glycine per day can hike the level of GH; this is the reason why it has been found that glycine is effective in improving athletic performance. On the other hand, as we know one of the most important factors for producing energy is creatine; and you had better know that glycine has a key role in creatine formation.

Some researchers claim that glycine is important in the synthesis of hormones responsible for a strong immunity. As well, the prostate gland needs glycine to remain in a healthy state. Studies have shown that glycine can relieve the symptoms of benign prostate hyperplasia (BPH), a condition occurring in men after age 50 and associated with urinary problems. Some investigators believe that glycine also helps trigger the release of oxygen into energy hungry processes.

The brain needs glycine to function appropriately, because it acts as an inhibiting neurotransmitter. Normally, cells called Reneshaw cells in the spinal cord release glycine, an important chemical mediator, which has inhibiting effects on spinal motor nerve cells. Lack of this inhibitory effect results in spasms and convulsions. In one study, one gram of glycine per day for 6 to 12 months reduced spasms in patients suffering from spasticity.

In its ability to inhibit neurotransmitter signals, glycine is similar to glutamine and GABA. Strychnine,one of the central nervous system stimulants banned in sports, is an antagonist of glycine, meaning that strychnine neutralizes the inhibitory effect of glycine. As a result, convulsions may occur following the use of strychnine. The hallmark of a fatal disease called tetanus is convulsion. It is caused by the tetanus toxin, which prevents the release of glycine.

Some experts claim that glycine may play a role in the control of depression, and in the formation of lactic acid, the main cause of fatigue. Glycine can be found in many foods rich in protein, such as fish, meat, and dairy products.

The following conditions may benefit from glycine: 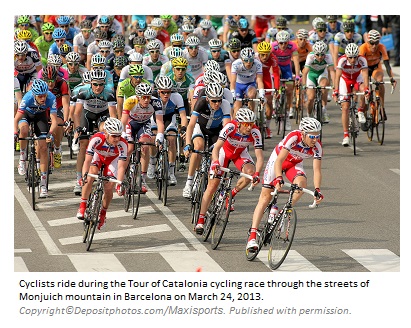 The recommended dosage is variable, ranging from 0.5 to 7 grams per day. Our recommended daily dosage for non-athletes and athletes is 1 to 4 grams and 4 to 7 grams, respectively.

Glycine is well tolerated, has a sweet taste, and no side effects have been reported in recommended dosage. However, after prolonged supplementation with glycine, headaches may be experienced. Tryptophan should not be taken with glycine, because the two amino acids will compete for space on the nerve cells, and they will not be as effective as if taken separately.